The May 7, 2021 cybersecurity attack on Colonial Pipeline is the latest ransomware attack to widely disrupt national infrastructure and one of our nation’s largest and most successful attacks to date. Like most Americans, we bet you’re extremely familiar with this event – and if you live in the eastern half of the U.S., you may have even felt its repercussions from increased gas prices to fuel shortages and gas station closures (that’s right, gas hoarders. We’re looking at you!)

From the outside looking in, an oil company may seem like an odd target for a cybersecurity attack, but in the eyes of the attacker, it’s a huge money maker. Colonial Pipeline is the largest pipeline system for refined oil products in the U.S. at 5,500 miles long, carrying 45% of the fuel used on the East Coast. This attack was one of many unleashed from DarkSide, a European-based hacking group known for freezing computer networks across dozens of businesses in the U.S. and Europe. The result: $4.4 million in Bitcoin paid to DarkSide in return for a key to unlock Colonial’s files.

Within the past year, we’ve seen ransomware attacks disable not only government agencies but schools, hospitals, businesses and more. Sadly, we don’t expect this trend to decline anytime soon. The U.S. investigates ransomware but has only made modest traction in identifying and charging attackers. Similarly, the push for cybersecurity oversight is weak in the private industry, including pipeline companies like Colonial.

While the company is back up and running, this proved to be quite an expensive mess, not just for Colonial, but for American citizens. This instance has highlighted just how devastating an attack can be to a nation at large. To prevent similar instances from happening again, here are a few tips for companies to strengthen their cybersecurity defenses and prevent potential attacks.

If your organization gets caught in a ransomware attack, check out this guide from The National Cyber Investigative Joint Task Force to learn how to respond.

For assistance building secured and trusted infrastructures for IT, IoT, and OT environments, contact us for a free consult to discuss addressing specific gaps in your environment.

The State of Security: April Update

Lost in the Chaos: 3 Tips to Mitigate COVID-19 Security Challenges in Healthcare

Security Best Practices for a Wi-Fi Engineer (with Juniper Mist)

The Future of Cybersecurity: COVID-19 Impacts 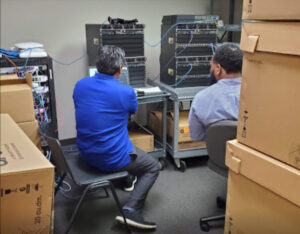 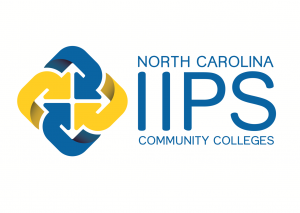 Carolina Advanced Digital is proud to be an exhibiting sponsor of the NCET conference. Come see our sessions!
View Calendar

School is back and session, and cyber criminals are hungry for exploitation. Stay one step ahead with our top-of-line networking hardware from @arubanetworks:https://bit.ly/3AWEOAP

Let's hear it for the IT pros! Today and every day, we thank you for driving the behind-the-scenes work that keeps the world turning. #NationalITProfessionalsDay

Are you at #SCIDTA? Our very own Shital Patel is presenting a session titled "What's New in Wi-Fi" in less than 3 minutes! Check it out for a vendor neutral look at #WiFi and the latest trends in #wireless: https://bit.ly/3Au0swH