Recently Apple released an iOS 7 update for iPhones and iPads.  Since the release, customers have reported that iOS 7 devices are having issues connecting to their wireless networks.

This issue occurs if the Apple device believes it can’t access the Internet. As part of their normal operation, Apple devices make a secret WISPr request to see if the device can reach the internet. WISPr is actually a WiFi Alliance protocol, but Apple iOS and other devices use it to determine if the device is connected to Internet by sending a WISPr request to a pre-defined URL. If the URL isn’t reachable, the device assumes a captive portal login is needed and launches a web browser. If you want to read more, I like this explanation of WISPr at Errata Security http://blog.erratasec.com/2010/09/apples-secret-wispr-request.html.

If the WISPr request is unsuccessful, the device responds with a message that it “cannot join the network”.  After a bit of research from Jason, Kory and the engineering team here at Carolina Advanced Digital, what we found is that the URLs that the device tries to reach have changed.

To resolve the problem, simply add these two URLs to be allowed by your content filter. Once that’s done, the iOS 7 device should be able to join the wireless network again.

For customers of  Carolina Advanced Digital, if you have additional questions, or would like assistance or services to resolve this issue, please contact the Pro Services team at service@cadinc.com. 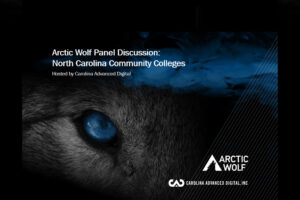 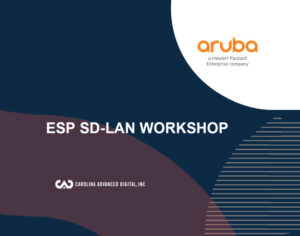 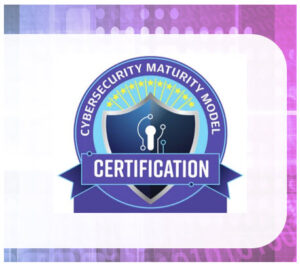 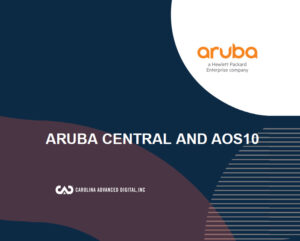 Stay connected with #CADinc on all our social networks by following us on Facebook and LinkedIn, in addition to Twitter. Keep up with our latest job openings, events and company news.

Take the 2022 CISO Compensation and Budget Benchmark Survey by @IANS_Security and @articosearch.

The survey includes questions relating to your CISO role, your company, your security organization and your direct reports.

In case you missed the http://RealCISO.io webinar from earlier this month, click below. #cadpartner

Catch the next webinar with http://RealCISO.io on August 2 and see their Cyber Risk Platform demo. https://bit.ly/3bnGhsh