Green Hope High School, located in Cary, NC, is home to its very own CyberPatriot team – the Black Falcons. The Black Falcons are a savvy, technical group of high school-aged cyber gurus. These students are building the talent pipeline in cybersecurity.

If you’re unfamiliar with CyberPatriot, it is the National Youth Cyber Education Program created by the Air Force Association (AFA) to inspire students to pursue careers in cybersecurity and other STEM fields critical to our nation’s future. At the forefront of this program is the National Youth Cyber Defense Competition, where middle school and high school students are tasked with securing virtual networks and identifying the source of network attacks.

CyberPatriot is responsible for grooming some of the most highly-skilled cybersecurity and IT professionals, and the Black Falcons are a living example of these successes. Twelve years ago, Chris Gaw, a CTE teacher at Green Hope High School and advisor of the Black Falcons, was approached by a friend about this “ethical hacking group.” Intrigued by the CyberPatriot program, Chris pitched the idea of starting a team to his students. When he asked who was interested, hands shot up.

One year later, a group of Chris’ students participated in their first National Youth Cyber Defense Competition and took home the gold. It wasn’t until they won first place again the following year that Green Hope High School officially formed a CyberPatriot chapter. Soon after their formation, NetApp became a sponsor of the Black Falcons and donated $800 to the club. The Black Falcons proved that they had become a force to be reckoned with.

When 2013 rolled around, the Black Falcons lost sponsorship from NetApp and exhausted all of their funding. To increase their visibility on campus and within the surrounding community, the team decided it was time to make a statement. The Black Falcons borrowed a military drone and used it to live-stream one of the high school’s football games. Green Hope High School became the first school in the nation to live-stream a high school football game, generating local and national media coverage. That’s when Carolina Advanced Digital’s VP of Engineering and CISO Consulting, Jennifer Minella, discovered the Black Falcons and reached out to Chris.

For more than six years, Carolina Advanced Digital has supported the Black Falcons, volunteering to share their knowledge and skills, help prepare students for competitions, donate resources like computers and hardware, and allow the team to present at and attend the IT Hot Topics Conference. Carolina Advanced Digital has also hosted local Capture The Flag (CTF) events in Cary, NC, where students compete against each other to locate another teams ‘flag,’ which is usually a snippet of code, a file, or piece of hardware on a network.

The Black Falcons are comprised of nearly 30 Green Hope High School students divided into four teams whose skills range from beginner to advanced. The organization provides a safe space for students to explore their interests in cybersecurity and provides them with the opportunity and resources to get involved in the field. Over the years, dozens of the Black Falcons moved on to careers in cybersecurity. Two even went on to work for the NSA. CyberPatriot chapters, such as the Black Falcons, expose students to the cybersecurity field and prepare them to build proper cybersecurity habits to defend themselves, organizations and the nation from intruders. Without adequate funding, resources and training, the future generation of cybersecurity professions will never reach its full potential. To learn how you can join Carolina Advanced Digital and get involved with CyberPatriot or support a chapter near you, visit https://www.uscyberpatriot.org/Pages/Get%20Involved/Volunteer-Registration-Form.aspx. 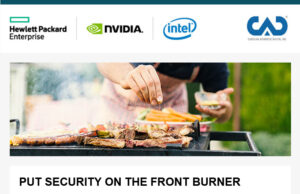 This event is pending a possible re-schedule to move to a virtual format. Carolina Advanced Digital is proud to be an exhibiting sponsor of the NCET conference. Note NCET was rescheduled from March 2020 to[...]
all-day NCHICA 16th AMC Security & Priva... @ Virtual
NCHICA 16th AMC Security & Priva... @ Virtual
Oct 21 – Oct 22 all-day

Exhibiting sponsor at NCHICA’s AMC (Academic Medical Center) conference. Rescheduled from June 1-2 due to COVID-19. This event has been updated for a virtual format.
View Calendar

Looking to streamline your operations with automation? Look no further than @MistSystems #AI! Read our latest blog for 3 reason why we recommend Mist: https://bit.ly/32BG9Pp

No wonder we have the best customers around: birds of a feather flock together! If you've enjoyed working with us, please drop a friendly review to help build our online presence: https://bit.ly/31a9lfo