Top Influencers in Security You Should Be Following in 2015

Carolina Advanced Digital, Inc. > Blog > Blog > Top Influencers in Security You Should Be Following in 2015

Top Influencers in Security You Should Be Following in 2015

For each influencer whom we have selected, we include their Twitter handle, blog URL and reasoning for selecting them. We also include their answer for what infosec-related superpower they would choose to have.

This year’s list (in no particular order) has some old faces and some new. Do you agree with our choices? Who else would you have chosen?

Jennifer Minella is a Contributing Analyst at Securosis and currently serves on the (ISC)2 Board of Directors. She has been named among the top women in security by SC Magazine and Information Security Buzz, and in November, NCTA announced her as 2014’s Tech Woman of the Year. Acknowledging her influence, we are pleased that she contributed to one of our articles about women being underrepresented in infosec.

If you could have one infosec-related superpower, what would it be?

There are so many super powers I’d love to have. Most of them would be useless 99% of the time, but fantastic parlor tricks. Like gravity control; who wouldn’t love that!? For InfoSec though, I’d have to narrow the field to: precognition, time travel or skill mimicry. Skill mimicry might be too little, too late, so we turn to precognition and time travel — which would yield similar results. Both a DeLorean and Einstein have demonstrated that time travel really screws with the whole space-time continuum, so to play it safe I’d have to pick precognition. Wouldn’t it be great to know what would happen and save yourself (your company, or your data) from something bad before it came to be? 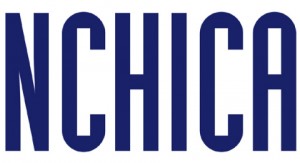 Let's code! Check out the 6 programming languages that can help cyber pros identify attacks and malicious code: https://bit.ly/2TIHjnp via @cybraryIT

As the U.S. reopens, our new 'normal' is changing. Read how #COVID19 will impact the future of cybersecurity: https://bit.ly/2S3TGJL

Can we outsmart our smart devices? Check out our new blog for resources on staying safe in the IoT era: https://bit.ly/2YidBIB